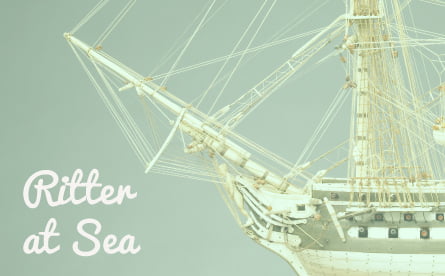 French prisoners of war held in Britain built some of the ship models in the Thomson Collection at the Art Gallery of Ontario (AGO). Cream-white as if carved in ivory but made from bones in the prisoners’ rations and other humble materials like straw and human hair, the “Prisoner of War Models” are masterfully crafted and exquisitely beautiful, despite their genesis in misery and their deathly and imperial symbolism. Kids’ reactions to the ships reveal this strange duality between their charm and their sinister history. Conservator Sherry Phillips tells me that nine-year-old boys are her favourite visitors to the collection. “They always get into it through the guns,” she says. “That’s the first thing they want to know about.”

The Thomson Collection is one of the largest collections of ship models in the world. It contains models built from 1692 until well into the twentieth century; Simon Stephens, curator at Britain’s National Marine Museum, details their history in his masterful catalogue for the Thomson collection, Ship Models(2009). While most of the models were made as advertisements for life-sized ships meant to be sold to buyers like the British Navy Board, some were built as keepsakes, and even the “useful” models often found their way to private homes where they were prized for their craftsmanship. There are warships—canon-wielding sailing ships and modern aircraft carriers—along with car ferries, dredgers, and pleasure craft. Most models are built to a standard miniaturized scale (1:48, and later, as ships became larger, 1:96) and measure between around 20 and 270 cm in length. Small and well-cared for, the models are marvels of craft and preservation.

Since the Frank Gehry renovation of the Art Gallery of Ontario (AGO) in 2009, the models have had a lower-level room of their own. A large glass wall stacked with ship models encloses one end of the room, inviting passers-by to come in, and posing the boundary between the collection and the rest of the gallery as a question. Gehry’s undulating cases evoke the sea and a sense of movement among the still models. Several of the models’ original cases remain in the collection; beautiful and elaborate, they too are works of art. Gehry’s cases reflect this artistry, opening the border between the collection and its display in a thoughtful conjunction of object and space.

As in many rooms at the AGO, the mood is alternately meditative and vibrant, often depending on whether or not children are around. Off the beaten track at the gallery, the collection can be a surprise for visitors, who descend to find a room filled with wavy glass and pint-sized ships suspended in mid-air. Soon the eye is drawn to the little details, the gold leaf, intricate rigging, or tiny lifeboats. The builder’s model of the British passenger liner Golconda has miniature chicken coops and livestock pens on its deck. The gold-dredger features an elaborate system of conveyer belts, filters, and pumps to separate minerals from the waste dug up from the river or seabed. The seats on the builder’s model of a 1920s river-cruising launch are made with wicker and dark green leather.

The quiet and the soft light of the ship-models gallery invite visitors to contemplate these details and the obsessive care of the builders. Phillips says there may be details inside the models—“wall paper in captain’s cabins, painted floor cloths, little tables, or little ivory embellishments”—that viewers will never see. Researchers use endoscopes and other scientific instruments to discover them, but since these details are forever hidden from view, the maker’s reason for including them remains a mystery. With the identity of most of the model builders lost to history, and even the purpose of many of the models still unknown, the ships urge their viewers to speculate about their meaning. Unlike many better-known works of art, the Thomson models hold something back, refusing to reveal themselves entirely even on repeat viewings.

In the presence of children, the collection reveals a more playful quality. The ships resemble toy trucks and other playthings, and they seem immediately approachable to the untrained eye. Under this gaze, the bright paint, coloured flags, and tiny soldiers come forward, sparking fantasies of life on the sea. Several models in the collection represent specific vessels, like the Edinburgh, a 70-gun warship launched in 1721, or the HMS Hogue, a British cruiser sunk by a German submarine on Sept. 22, 1914. These models are not just the result of craftsmanship. We imagine not just the builder’s life but the sailor’s as well. We see through the model to the ship, moving and firing, teeming with people and activity. As the models refer to specific histories, they invite us to imagine battles and conquests from the perspective of the seamen below deck or the captain above.

While imagining the use and operation of the ships, we encounter the collection’s darkest aspect. The navy was Britain’s foremost instrument of imperial control, facilitating the ruin and enslavement of people and nations around the globe. Most of the ships represented in the collection were built for combat, and while advances in technology facilitated a larger scale of destruction, life on board offered its own horrors. The Maltese Fighting Galley features a tier of oars manned by slaves and prisoners. Torpedo boats, destroyers, and aircraft carriers from both World Wars carried massive ordnance used to bomb harbours and raze city blocks. Moreover, as the gilded decorations on royal ship models in the collection attest, British ships often stood as symbols of imperial wealth and power. Even non-military ships like the dredgers and cargo ships inflicted massive environmental damage and supported the British Empire while offering little comfort to those working below deck. The collection is accessible in large part because it summons images of romantic sea adventure. Yet just as it conjures up fantasies of naval action it compels us to remember the terrors of the British Empire and the malevolent purpose that all this craft and technology served.

The prisoner of war models pull awe and sadness even closer together. Sailors captured during the Napoleonic Wars (1794 – 1815) and then held in British prisons and on decommissioned ships moored near the shore built models for sale to improve their horrid lot. The precision carving attests to the skilled trades the sailors plied before being pressed into naval service. Later prisoner of war models feature brass and wood, after their makers had a chance to acquire better materials and tools. The earlier models made from bone, however, are particularly amazing because they come from such meagre resources and awful conditions. Here there is no separation between the model-maker’s shop and sea life; here the builder and the war-ravaged victim are one and the same. The prisoners modelled the instrument of their imprisonment, paying gorgeous tribute to the power that defeated them and held them in exile.

Sasha Suda, Assistant Curator of European Art at the AGO, says the collection makes no attempt to disguise its relationship to the past. The models, she says, “are not hiding it. They are very much testaments to that moment in time.” The smooth lines and fine details do not belie the ruin the models brought and were born in. To admire these objects—serene beneath Gehry’s fluid glass—is to be split. Our fascination with war machines, our feelings of attraction and repulsion before the symbols of imperial power, cannot easily be reconciled. As viewers we are suspended in contradiction just as the builders were, holding on to beauty in the midst of destruction.

David Ritter is a PhD candidate at the University of Toronto. His writing has appeared previously in Cokemachineglow and in Spacing Magazine. He plays in The Strumbellas and is writing a dissertation on 18th Century history writing and the rise of the novel. 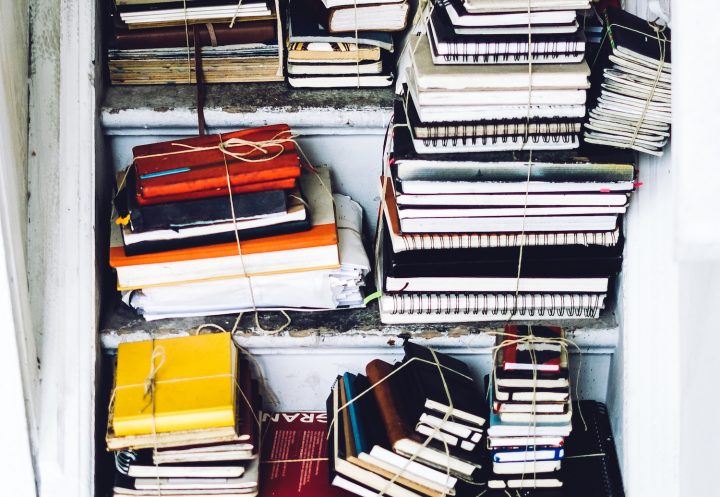 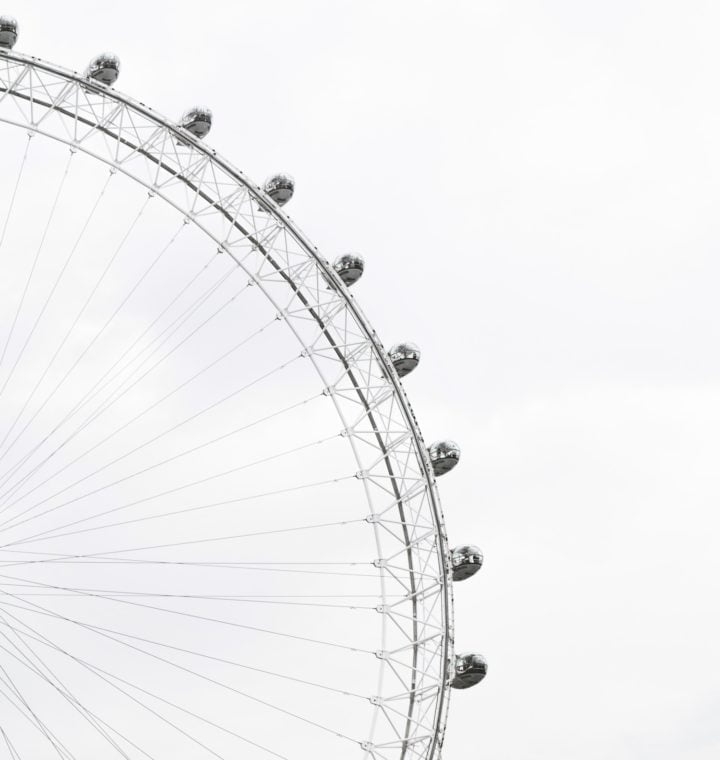 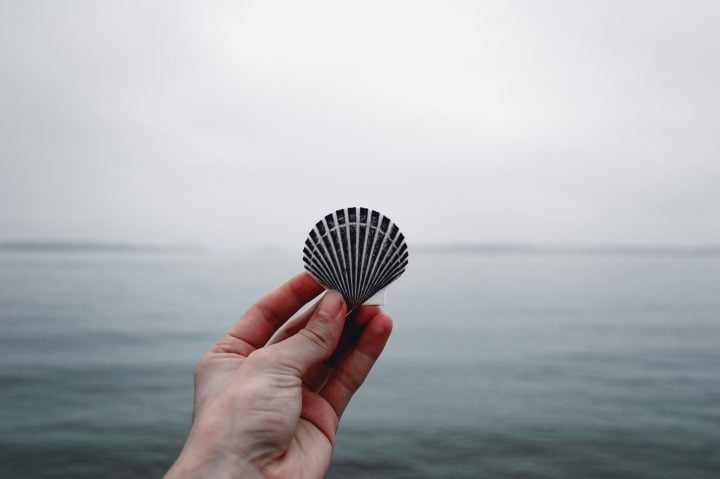