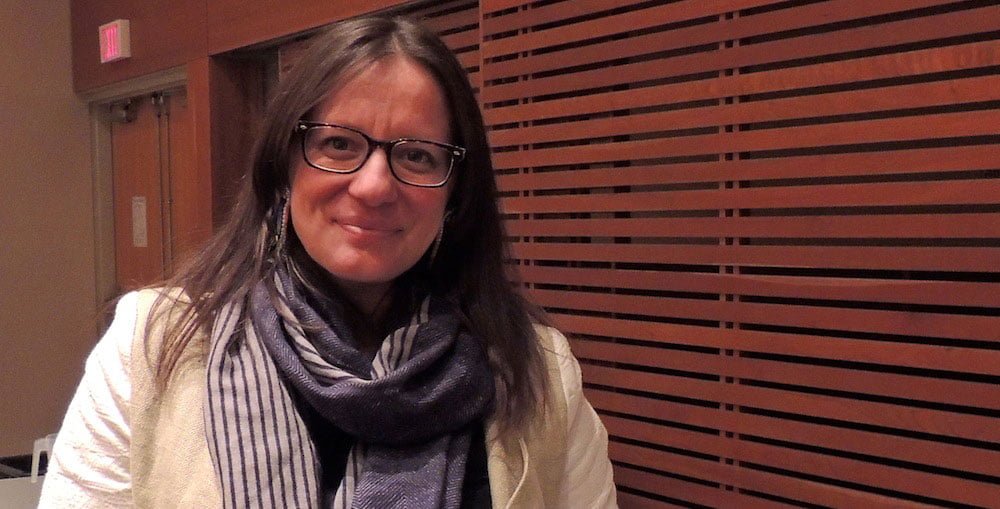 On March 7, 2015, a small crowd gathered to celebrate the appointment of award-winning Métis author Cherie Dimaline as the Toronto Public Library’s first Aboriginal Writer in Residence, a position she will hold at the North York Central Library.

“I really see it as a tremendous beginning for a partnership between the Aboriginal literary community and the busiest library system in the world,” Dimaline said. Dimaline is Métis from the Georgian Bay area. Since 2007, she has published three books with another collection of short stories, A Gentle Habit, being released in the fall of 2015. Her second book, The Girl Who Grew A Galaxy, was recently shortlisted for the 2014 Burt Award. She was named the 2014 Emerging Artist of the Year by the Ontario Premier’s Awards for Excellence in the Arts, and she is the founding editor of FNH Magazine and Muskrat Magazine.

Dimaline’s appointment as Writer in Residence runs from March to June 2015 and will involve reading and commenting on community members’ manuscripts, one-on-one appointments with emerging writers, discussions and workshops.

Deborah Richardson, the province’s first Indigenous female Deputy Minister, was at the event. “Media often portrays First Nations, Inuit and Métis people in a negative light,” she said, “and it’s really important to celebrate the successes of our people, and that is one of the reasons why it is really exciting to see Cherie’s appointment here at the library.”

Dimaline is excited, too. “We are the people of story and the library, in this context, is the keeper of stories for the wider population,” she said. “I think it’s a tremendous gift to the people of Toronto for the library to dedicate a residency program where Lee Maracle, Susan Blight, Giles Benaway and other incredible storytellers are involved. It opens up the beauty and expertise of Indigenous story to a whole multicultural city.”

Christine Smith (McFarlane) is a Saulteaux woman from Peguis First Nation and a contributing editor at The Toronto Review of Books. She has a regular column in the Native Canadian Newsletter, and freelances for Anishinabek News, First Nations House Magazine, Windspeaker, New Tribe Magazine, and firstperspective.ca.